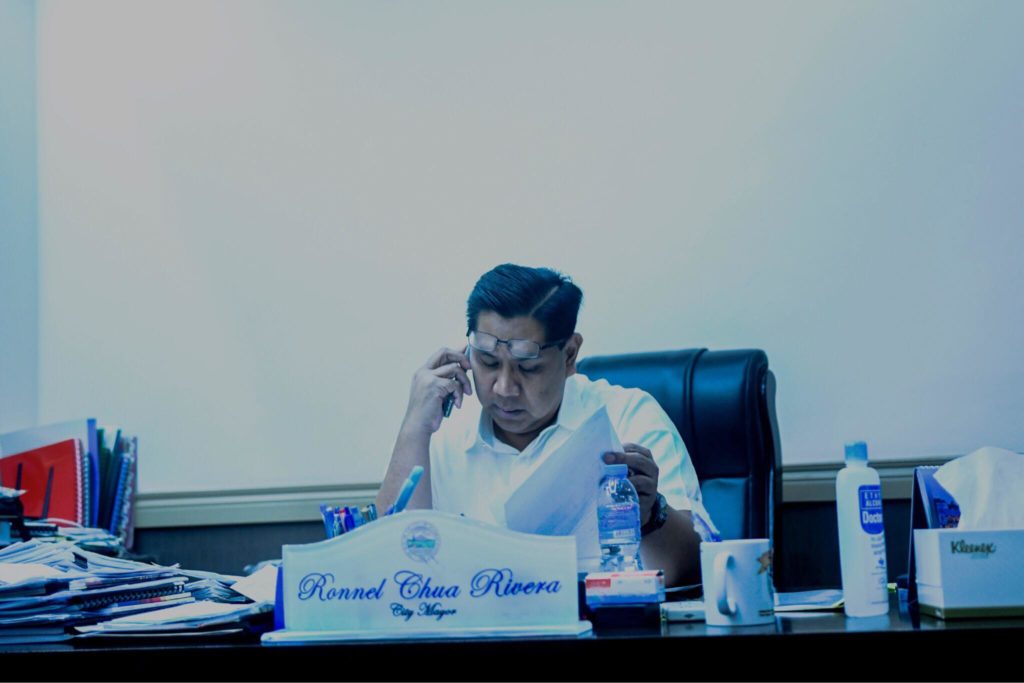 It has been my great honor to have stood by the side of this great man for the past years.

Day in, day out; I have personally witnessed how steadfast and untiring he is when it comes to the daily grind and the challenges of running one of the best city in the country.

Phone in one hand, checking notes and notations on another, 30-minutes past lunch in between the fifth and sixth meeting of the day, with another three meetings more to go… I look in awe and silently said to myself, that is my hardworking Mayor.

About two hours before I took this picture, he was talking to an elderly man who was sitting on a bench during a pension distribution program in a nearby mall.

The 69-year-old man used to work for my mayor’s family as a carpenter before he lost his left leg in a car accident. He was crossing the street to buy lunch when he got hit by a car.

My mayor noticed that the old man had a pair of a heavy wooden crutch. He found out it was made by the old man’s neighbor for P200 pesos because he can’t afford the lighter aluminum ones.

My mayor borrowed the wooden crutches from the sitting old man and tried them on himself, he noticed it was indeed heavy, awkward and painful to use. He told the man to wait for him, he went to the nearby drug store to inquire if they had a pair of lighter crutches available.

Sadly, they had none…

Later, on the way back to the office, we passed by a medical supply store along Santiago Boulevard, my mayor asked the driver to stop, turned to me and gave me some money.

Minutes later, Tatay Rogelio was in tears as he was clutching his brand new crutches.

I came back to the office and found my mayor wrapping up his fifth meeting, going to his sixth, it was way past lunch and he had stacks of papers on his table, that familiar glasses perched on his head as a phone call interrupted me in the middle of telling him how thankful Tatay Rogelio was, I look in awe, and silently said to myself, that is my hardworking Mayor.

TATAY ROGELIO AND HIS WOODEN CRUTCHES 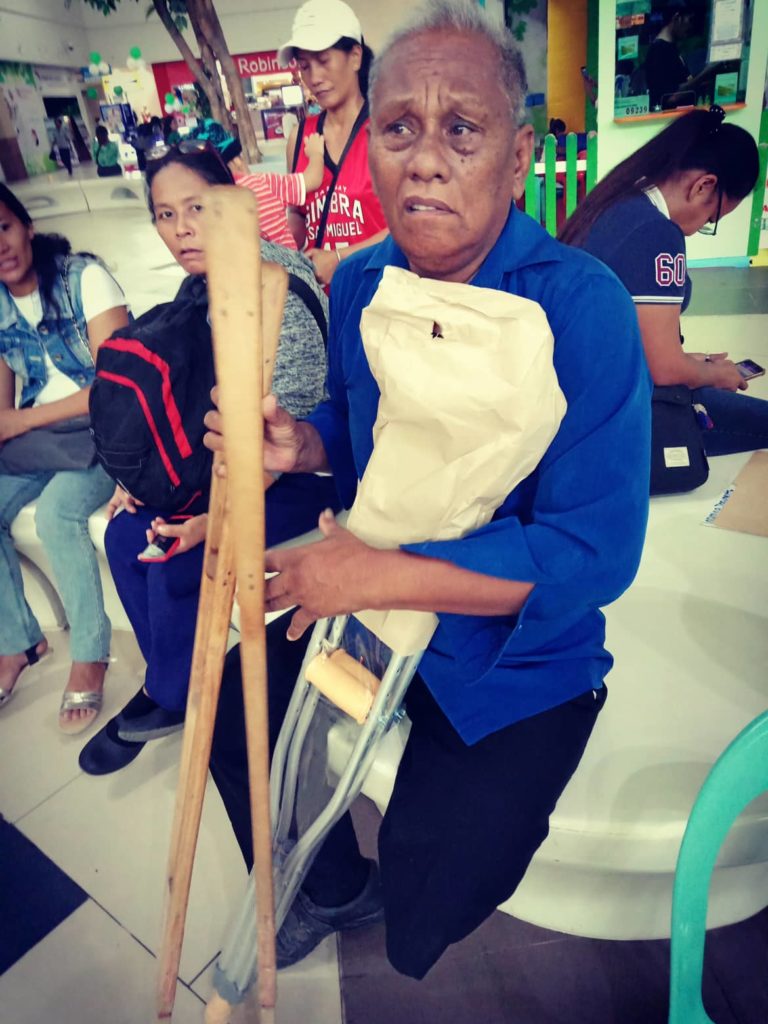 Sixty-nine-year-old Rogelio Sumagang was sitting on a bench inside Robinsons Mall in General Santos City as receiving his Social Pension Payout along with nearly 2000 other indigent senior citizens from Barangay Buayan, Barangay Bula, and Barangay Fatima.

He listened with intent as Mayor Ronnel C. Rivera addressed the crowd as part of the program.

Tatay Rogelio used to work as a carpenter for a beach resort that the family of Mayor Rivera owned.

He helped build some of the cottages and shades that the visitors enjoy when they come to the beach. His carpentry work stopped when he lost one of his legs, in a gruesome accident.

While crossing the street to a nearby carenderia for his lunch, Tatay Rogelio was accidentally hit by a car that severed his left leg, from the knee down.

From that point on, he could not walk without assistance. Taking what meager resources he had, Tatay Rogelio asked his neighbor to fashion a makeshift crutch for him for P200 pesos.

The crutches were heavy, it was clunky, and had sharp edges that cut into the muscles and pinched the skin. But it was all that Tatay Rogelio could afford.

As Mayor Rivera was shaking hands, taking photos and making light talk with the other senior citizen beneficiaries around him, he made his way near Tatay Rogelio. Tatay tapped him on the back and told him how he used to work for the Mayor’s family.

Mayor Rivera then took noticed of Tatay Rogelio’s heavy and clunky crutches. He asked if he could borrow it and try it for himself, the mayor told Tatay that it was too heavy and was painful. Tatay explained that that was all he could afford because the lighter aluminum ones were too expensive.

“Sige, sige… Tagaan tika karon,” Mayor Rivera said as he turned to his assistants and asked them to take down Tatay Rogelio’s contact details.

While on his way out of the mall, Mayor Rivera passed by a branch of a pharmaceutical franchise, he went in, asked if they had aluminum crutches. They had none in stock.

On the way back to the office, Mayor Rivera saw a medical supplies store, he asked his assistants to buy a pair of crutch, and deliver them to Tatay Rogelio who was still at the mall.

Minutes later, Tatay Rogelio was holding his new crutches, tears in his eyes and thanks on his lips. 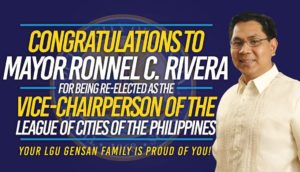 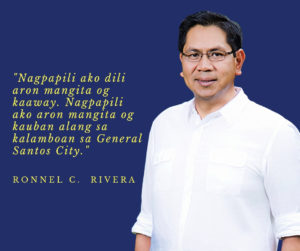 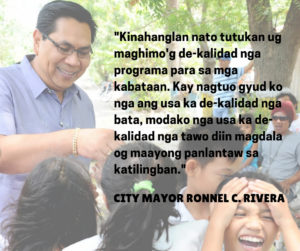